Florilegio Chersino anthology of Cres (partly for joke, partly for not to forget) 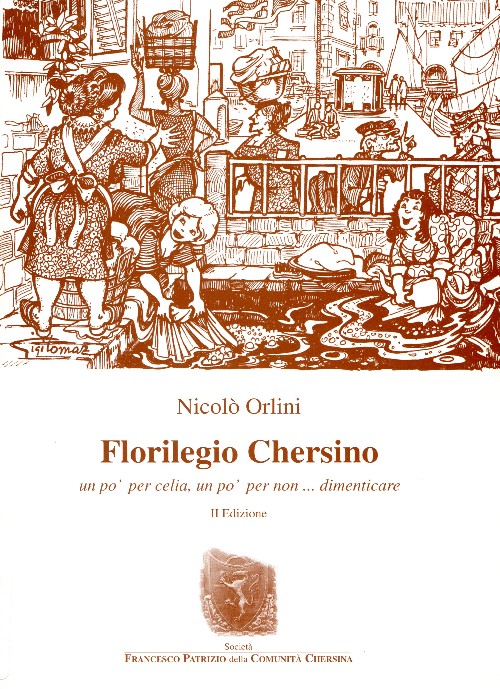 A book that is a work of research and commemoration of Cres dialect of the “times gone by” to preserve its heritage. This is a second edition that follows in the footsteps of the first, but it corrects many printing mistakes and it is expanded with 300 new entries and several additions to the existing ones and an alphabetical index of places and people.
There’s a compilation of words and idioms used by the most illiterate but authentic people of Cres, these pages are an important document to know the island and Adriatic culture. Cres Community presents this work with the awareness to preserve historical evidence much more effectively than the controversial chats with which one usually believes to make history.
It has a playful setting in order to protect the author and the curators from a possible critique on the lack of scientific procedure, required for a dictionary but not necessary for a “florilegio” (anthology). The cover cartoon  is a historical document too: it depicts the “Crussia” where there was always running water to wash (resentar) the clothes. The image brings us the chattering of the common women who peppered their Istro-venetian talk with such original sayings incomprehensible to the rest of the world but Cres people.