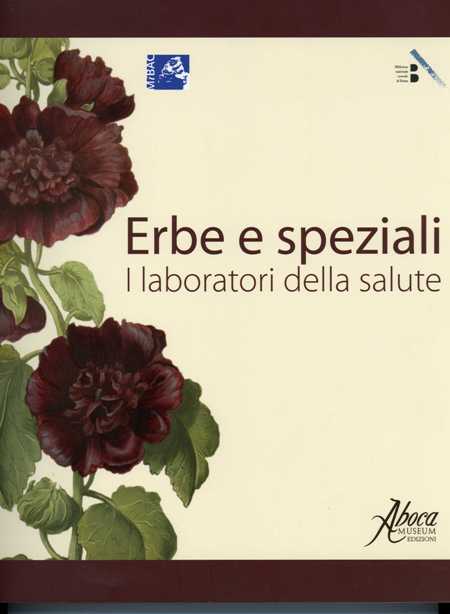 Presentation
Even today I perfectly remember the admiration and curiosity I had after the first contact with a Medieval herbarium in a historical and beautiful Roman Library. My curiosity was mortified by the lack of familiarity with the subject of the volume. That far impression has remained always so vivid that I took gladly the opportunity to collaborate with the Smithsonian Institution to realize the PLANT project- Plantarum Aetatis Novae Tabulae, project that has enabled to get interesting scientific-educational targets and it has been the cause of additional incentive to study and valorize the documentary heritage of the Institute.
Other interesting incentives have come from the collaboration with the Library of the Accademia Lancisiana, at the Santo Spirito Hospital, with which has been realized the wonderful project that has revitalised the cultural heritage of that ancient and noble institution. It has been a very intense experience both for cultural and human aspects; experience additionally expanded by the several contacts with the adjacent Accademia of Healthcare Art and his precious heritage museum.
A charming universe, particularly for people like me, taking their origins from the land that saw the rise of the first University of Medicine of the world, Curiosity finds fertile ground in the mysterious world of the medicinal herbs, believed to have good and evil powers, almost magical. Real or supposed powers, having often uncertain scientific definition;forces that have followed and influenced the man’s real existence during his whole history. The vegetable kingdom becomes an expression and a symbol of culture: just try to think about the olive tree and grapevine and their meanings along all the Mediterranean area. And what about those ancient, approximately therapeutic precepts, handed down by the written tradition, and the temptation they cause us to test if they really work?
A Universe, that of the ancient herbaria, targeting the vital essence, to the active substances and that smells of magic, of alchemy, of secrets handed down by initiated because they are too difficult to enter and study or too dangerous to be spread.
Where was the research of those ancient scientists going ? What still survives of it and them? How much that first kind of empiricism was enough for man’s needs?
It was also to answer these questions that the Central National Library of Rome wanted to organize the exhibition “Herbs and Herbalists. Health Laboratories” sending its proposal of collaboration to the most renowned institutions. All of them have enthusiastically joined the proposal, and this has been the first victory. They have agreed to put at disposal their great heritage of skills and properties, real relics, in order to complete the expositive and documentary stuff owned by the Library. Such an enthusiastic participation has greatly helped to elevate even more the cultural value and the educational range of this project. But the key reason for this event is represented by the need to promote and valorize the cultural heritage held in our nation, that is one of the most important institutional targets of the Central National Library of Rome.
In this actual historical moment, reminding the values of culture and of the memory of the past seems to be rhetorical, especially when we give to them universally known importance but only in words; but may be it’s just for this reason that we obstinately try to involve the community, talking in a simple way about the beauty of culture, by the means of a story, using also images, with the aim to show an unfinished adventure of the human history; an adventure that, perhaps for its evocative power and its mysterious appeal, will never end.
Our is the task to avoid it stops, valorizing it today and passing it on to the future generations like a precious fortune of thought and knowledge that it must not be disowned or forgotten.
In the end I’d like to thank every partner of this hard and difficult enterprise, that I can’t exhaustively enumerate due to lack of space and that they have acted in perfect synergy with the staff of the Central National Library of Rome, to whom goes my deepest esteem.

Osvaldo Avallone
Director of the Central National Library of Rome