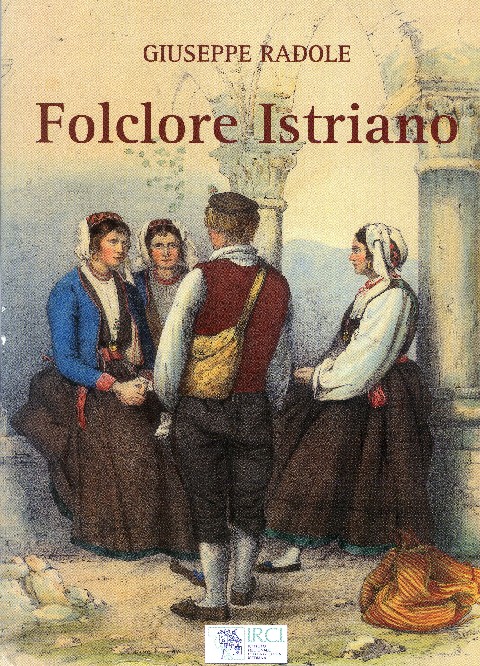 Reading this book is an interesting rediscovery of many aspects of the Istrian tradition that are still really current today. In fact, ethnographic inquiries and tradition recovery started over the years by Monsignor (bishop) Radole, are crucial in order to preserve, maintain and develop the popular dimension of the Istrian people, otherwise almost completely lost today. Because of the exodus, the eradication of the Istrian society has without any doubt determined a faster tendency towards the disintegration of an everyday life made of habits,customs and beliefs that anywhere else is restored as local wealth but that, concerning our lands, it is very difficult due to its previous devastating path. At the same time, the Istrian area, especially in its rural dimension, has been since long a place of excellent preservation of traditions that somewhere else had not been reflected since  long time.Giuseppe Radole spent part of his life in the recovery of the saying and the habit, ranging from music and folk songs to the beliefs and customs of everyday life; very little of these popular traditions and of the superstitions described in the book, particularly about human life cycle, can still be found in current times, whereas in the past they thrived in the Istrian land, in which countryside life was very precarious.
During the rotation of the different moments in the agricultural year, instead, thanks to the inevitable alternation of seasonal rhythms, many rituals still survive. There’s indeed a move to mechanization: the all-rounder tractor has replaced oxen’s massive presence and donkeys’ modest and humble one.
Monsignor Radole has put in his book stories and chants: Bela note de Nadal (Lovely Christmas night) …”bela messa………..he also explains the tradition of the Christmas tree, the crib, the New Year’s day wish. It was believed that at midnight the past year, portrayed like a tired old man, with a long white beard, got off from a carriage , to leave it for the New Year, a vivid and healthy boy. And then kisses and hugs, toasts and greetings : Today one year of health! And the windows were opened wide (bora letting) to say farewell to the old year: Se ti ieri……. Hell or Paradise in short.

Previous
Florilegio Chersino anthology of Cres (partly for joke, partly for not to forget)
Next
The damned of Asinara